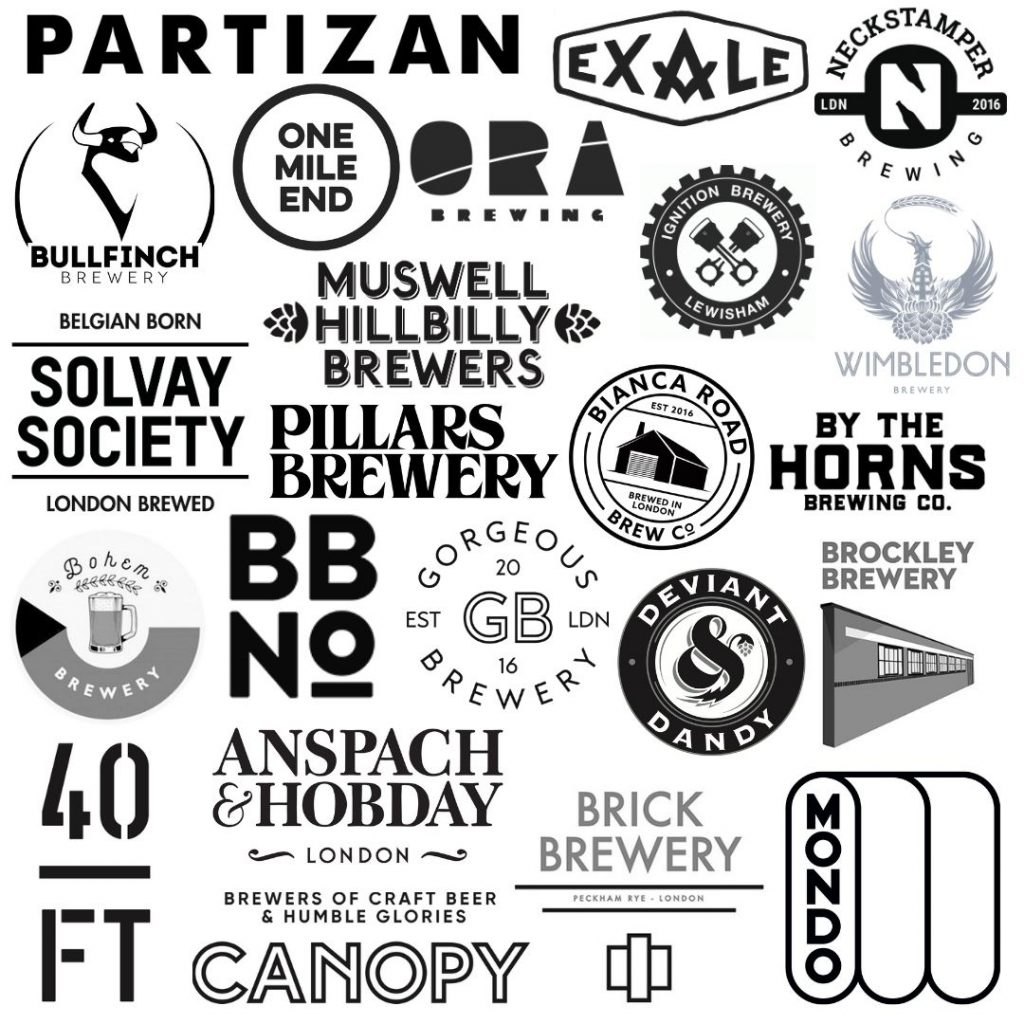 We’ve got London covered, from Muswell Hill to Herne Hill; Walthamstow to Wimbledon; Leytonstone to Lewisham; and Hackney to Bermondsey, you’re sure to never be too far away from one of our independent partner breweries.

We’re proud to be working alongside each of our partner breweries in a joint effort to shine a light on the independent craft beer scene. In our own humble opinion, our partner breweries provide Beer Passport owners the best insight into the world of craft beer. They’re all wonderfully unique and produce some of the best beer in, not just London, but the entire UK!

So, without further ado, let’s introduce them:

Gorgeous Brewery – Gorgeous Brewery is a brother and sister, family run brewery based in Highgate and operates behind The Bull pub where you’ll find all of their beers on tap. The beer garden, food and aforementioned beers are simply gorgeous!

Muswell Hillbilly Brewers – Based in (you guessed it) Muswell Hill, these ‘Hillbillies’ have recently moved premises to keep up with demand. Using locally sourced hops and giving a nod to the original Muswell Hillbillies themselves (The Kinks), these guy are repping this part of North London in everything they do.

Bohem Brewery – Czech owned, Bohem exclusively brew traditional Bohemian lagers in London. Their cozy taproom is the perfect place to settle in for the night as you ‘Czech-out’ (see what we did there?!) their range of lagers and guest ales.

One Mile End – Where great beer meets Sonic the Hedgehog! Their taproom opens on a Saturday where you can enjoy retro games, live music and good vibes accompanied by great beer. Who isn’t a fan of that cheeky combo?!

ORA Brewing – Italian owned, Italian bartenders and Italian ingredients…Mammamia! Can you imagine what a Limoncello IPA, made with real lemons from Sorrento tastes like?…we can tell you it’s delicious! Head down and see for yourself!

Exale Brewing – Walthamstow based Exale love everything local. Did you ever stop to wonder who the official beer sponsor of Walthamstow F.C. is? Well, look no further! Not only are Exale producing outstanding beer (their Exale Pale is a must try if you ask us), they’re supporting the local community  as they do it!

Pillars Brewery – Q) Who was London’s first specialist craft lager brewery? A) Pillars Brewery. There’s a bit of trivia knowledge for your next pub/zoom quiz! Stop by and visit their Walthamstow based brewery and taproom to enjoy craft lager at it’s finest!

Neckstamper Brewing – This multi award-winning Walthamstow based brewery is giving us a history lesson whilst producing beer on another level! They looked to London’s rich beer history to provide them with their name, Neckstamper. The same can be said for the names of their beers such as ‘Squencher’ or ‘Moon Curser’. You’ll have to visit them to find out how they arrived at those names.

Solvay Society – Belgian Born, London Brewed Solvay Society are our Leytonstone representative partner brewery taproom. They produce the freshest Belgian beer you’re likely to find in London. Solvay Society is where science and brewing collide and their award-winning beers are making a ‘big bang’ in London.

Deviant & Dandy – Deviant & Dandy are bringing fresh noise to the London brewing scene from their ex-garage railway arches in Hackney. Great tunes meet great beer at their taproom, home of the Loca Lola Cherry Sour – be sure to give this one a try!

40FT Brewery – Amongst other achievements, 40FT have managed to make the pairing of shipping containers with Dalston seem like an obvious choice. Head down there to be dazzled by their set up and the fantastic range of beers available.

Anspach & Hobday – Named after their founders, Paul Anspach and Jack Hobday, A&H are a well established brewery with a beautiful taproom in Bermondsey. Creating exciting new beers all year long, in addition to their delightful core range, Anspach & Hobday: The Arch House is a must stop for anyone who loves beer.

Brew By Numbers – BBNO came about after founders, Tom and Dave, met travelling around Asia. Through experimentation, they devised a unique numbering system, which allowed them to quickly hone and perfect their craft, as well as providing them with their name. Since their inception, they’ve created over 350 different beers across an expansive range of styles!

Partizan – One of the original breweries to settle in the popular brewery area of Bermondsey, Partizan has a beautiful, contemporary and spacious taproom that’s perfect to set up camp for the day. If you’re struggling to decide which of their delicious beers to try, we recommend ALL of them!

Brick Brewery – Family owned and run Brick Brewery have been at it since 2013. The taproom is located where the original brewery started the legacy, serving both Brick and guest beers across 20 taps! A great space to relax with both indoor and outdoor seating, only a ‘brick’ throw from the station.

Brockley Brewery – Open daily, Brockley’s Hither Green taproom is the perfect setting to feel like you’ve escaped London for a bit – beach chairs, fresh tacos made to order, all washed down with delightfully cold beer. Ever wanted to have a go at making beer yourself? Brockley have their own brew school where you can learn how.

Bullfinch Brewery – One of two Herne Hill dwelling partner breweries, Bullfinch can be found nestled just off the main road under a railway arch. Their beautifully quaint taproom is a beautiful spot to see out the evening with a few beers.

Canopy Beer Co – Right next to Brockwell Park in Herne Hill, you’ll find Canopy off the main high street down a backroad / alley / street of hodgepodge quirky businesses. If you persevere to the end of the street, you’ll see Canopy where you’ll be welcomed with open arms and inviting beer.

Mondo Brewing – Founded by two Americans in 2014, Mondo are a multi award-winning brewery and are only a stone throw from Battersea Power Station. Their bespoke tap house is a hidden gem, featuring 15 fresh beers on tap.

Wimbledon Brewery – Rich in history, Wimbledon has resurrected an iconic brewery that was destroyed by a fire in 1889. Another of our award-winning partner breweries, it’s not just great beer that they’re serving up at their taproom, head down to try their very own Wimbledon Pink Wine, Garden Gin and Wagyu burgers.

By The Horns Brewing Co – Founded way back in 2011, By The Horns set out to put London brewing back on the map and did so by taking the bull ‘By The Horns’. Throw together freshly made to order pizza, loads of screens for live sports and some truly mouth-watering beer, the end result is a truly awesome taproom experience.

So, now you’ve met the breweries, what are you waiting for? Get out there… EXPLORE, DISCOVER, DRINK!