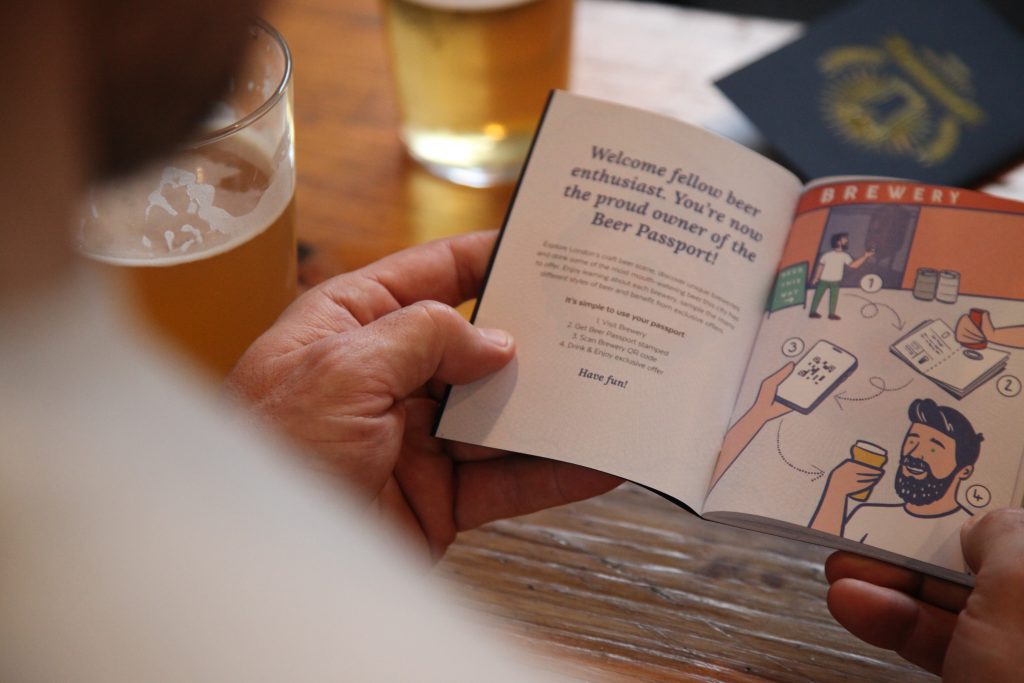 Creating a Beer Passport – Where to start?!

Creating a Beer Passport - Where to start?!

It makes sense that we start off our blog series with how Beer Passport came about. Let’s start with the concept. If you’re anything like us, you love beer (you’re reading this blog so we can assume you do!). Beer has been made and consumed for thousands of years. Yet, we may well be living in the most exciting time for beer with the emergence of ‘craft beer’ bringing with it more styles and flavours than we’ve ever had!

London is no exception to this trend as we now see 100+ breweries spread across the city creating new and exciting beers all the time. At Beer Passport, we were surprised that this scene didn’t have more exposure. Whilst we love popping down to our local pub as much as anyone, there’s something magical about drinking beer whilst being surrounded by the very equipment used to create it. Not only that, but pubs can also sometimes feel very ‘same same’. What we found with breweries is that they are all very unique, not only in the beer that they produce but also in their very identity. Visiting each brewery and their taprooms gives you a true, first-hand experience of what they’re about.

The concept of our Beer Passport is that we hope to bring exposure to this thriving industry by giving a hands-on interactive experience. Even for the most avid of ‘beer enthusiasts’, we believe our passport offers enough variety that you’re bound to discover unknown and exciting breweries and beers to tickle your taste buds. And so, the concept of Beer Passport was born.

We started off by researching all of the breweries in London and visiting as many of them as possible. The more we visited, the more excited we got. It is so refreshing to discover new places, drink new beer and meet new people.

We then began working on the design of the passport. We knew that we wanted to cram in as much information for people as possible. Essential information like address, opening times, local tube etc. seemed like the obvious bits to add-in. After that, we wanted to make sure people were given information about the brewery, what beers they had on offer and any other information that the brewery wanted to include such as awards won, recommended beers etc.

Last but not least we needed to ensure that customers buying the passport were given the VIP treatment in the form of an exclusive offer, something that would really draw beer-lovers to breweries.
After that, it was a case of contacting our favourite breweries and seeing whether they’d be keen to join us. Fortunately, they were!